It is impossible to rule out murder!

IT IS IMPOSSIBLE TO RULE OUT MURDER! 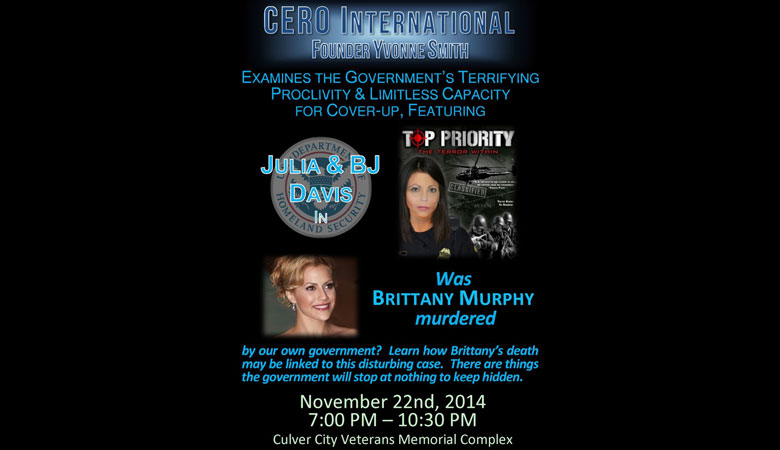 IT IS IMPOSSIBLE TO RULE OUT MURDER!

In July of 2004 Julia Davis, a Customs and Border Protection officer with the Dept. of Homeland Security, discovered that 23 subjects from terrorist countries had improperly entered the United States. She reported this to the FBI’s Joint Terrorism Task Force.

Immediately, Julia was labeled as a Domestic Terrorist and “Enemy Of The State” for being a whistleblower and exposing the DHS’s lapse in security.  Endless malicious investigations and prosecutions of Julia and her husband, BJ Davis, incorporated constant warrantless surveillance, false imprisonment and a raid of the Davis home with a Blackhawk helicopter and a Special Response Team.  Four untimely witness deaths are also tied to the case, including actress Brittany Murphy and her husband.

Regarding Murphy, pathologist Dr. Cyril Wecht noted: “I’ve never seen anything like this – with such heavy metals of significance in a body – nothing like this at all in my life… it is impossible to rule out murder”

To protect themselves, BJ Davis, a Hollywood producer, produced the documentary Top Priority: The Terror Within.  Yvonne Smith, founder of CERO International, will host a public screening of the film and discuss further recent developments with Julia and BJ in front of a live audience as an important public service.  Moderating the discussion panel following the film screening will be popular radio host Dr. J Andy Ilias.  Be ready for an exhilarating evening!

The President, The Secret Service and Alien Abductions, is the Founder and President of CERO International, LLC. Yvonne is a renowned hypnotherapist who has dedicated her career to helping alien abduction experiencers.

Member of the Academy of Television Arts & Sciences

is a former stuntman and Member of the Academy of Television Arts & Sciences, Producers Guild of America, Directors Guild of America and Screen Actors Guild. BJ produced the award-winning documentary feature film ``Top Priority: The Terror Within``. 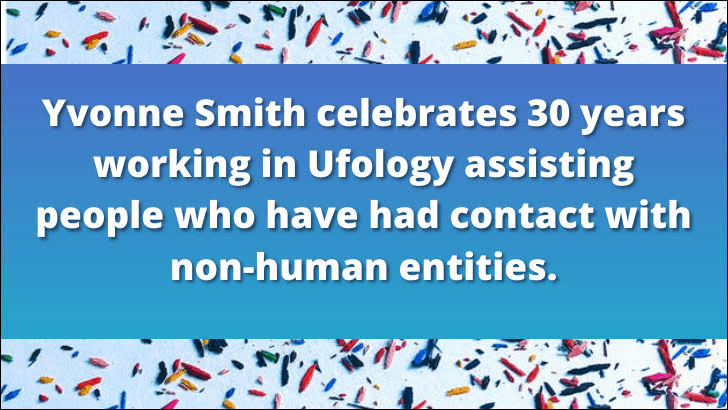